12 Top Paying IT Certifications for 2022

Leslie Stevens-Huffman IT Certification News IT Career News May 12, 2022

ITCareerFinder examines salary data and hiring trends to determine the top paying IT certifications and why they demand a premium. This article will be updated annually with the latest credentials and wages. Current year: 2022. Do IT certifications really pay off? It depends. According to the IT Ski... 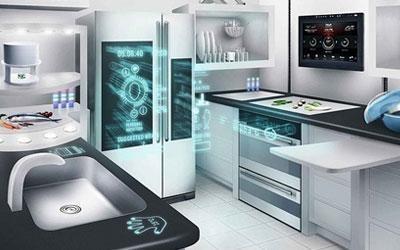 Hot IT Skills in the Internet of Things

Best Computer Jobs for the Future

Trying to determine your ideal IT career path? Want to know which computer jobs will be in the greatest demand, offer the highest salaries and best opportunities for advancement once you finish training? ITCareerFinder assembled this comparison of the decade’s hottest technology careers to serve as ...

ITCareerFinder analyzes key data points in technology, employment and livability to uncover the best cities for IT professionals to call home.

This page will be updated annually with the latest and greatest tech cities. Current year: 2022.

Many of the best computer jobs can now be done remotely. This is a welcome change for many of us. For everyone else, choosing the right city to live, work and play in can be vital to happiness and success. This study merges key statistics on America's high-tech workforce with livability factors in over 150 cities to find the best places to live in - or relocate to - as an IT professional.

To determine the best cities for tech jobs, we analyzed key employment data like IT salaries, the number of jobs and the percentage of workforce in technical roles, as well as the leading indexes for cost of living and quality of life, because after all, once the 9-to-5 is over you still have to live there.

Jump down to the bottom of the page for the ranking methodology and source list, or read on for this year’s top 8 cities for IT professionals.

Here are the best cities for technology jobs and workers:

ITCareerFinder highlights some of the most popular and accomplished women in computer science.

Women account for only 19% of computer science graduates in the US, according to the latest data from the National Center of Education Statistics. This disparity is confirmed by an extensive study from the Allen Institute for AI which place the rate of male to female computer scientists at 4:1.

Despite representing a small percentage of the CS workforce, female computer scientists have made some revolutionary contributions to the field. These achievements are made doubly special because women have historically had far less access to education and employment.

This page will spotlight the great women of computer science and outline some of their key accomplishments.

Here are the 5 most famous female computer scientists:

ITCareerFinder breaks down some of the most sought-after jobs in the metaverse and the skills you need to level-up in each position.

This page will be updated regularly with the latest and greatest metaverse career paths.

In October 2021, Facebook changed its name to Meta and announced plans to create 10,000 new high-skilled jobs in the European Union (EU) to help shape the metaverse.

It turns out that Facebook isn’t the only one betting heavily on the growth of the metaverse, over 160 companies are jumping in too.

So what is the metaverse and what types of jobs might it create?

Broadly speaking, the metaverse is a shared virtual world. In theory, people will be able to create an avatar and travel into this immersive virtual world to socialize, play games, work, create, shop or even remotely attend a concert or sporting event by wearing virtual reality headsets.

Much like the transition to Web 2.0, mobile technologies and the Internet of everything (IoT) devices, the metaverse is creating new IT and hybrid job opportunities, which require a combination of technical and non-technical skills.

To keep your career thriving in the metaverse, here’s a look at 6 roles that are in demand right now and poised to explode in the future.

Top Scholarships for STEM, CS and IT Majors

There's a wide range of scholarships for aspiring tech pros; here are some of the most interesting and valuable.

This page will be updated continually with the latest and greatest scholarships and deadlines.

Information technology is among the most lucrative and opportunity-rich domains in the modern workforce, and a college degree is the best way to get a leg up in this competitive field. However, in today’s economy, paying for school can be challenging. Thankfully, there’s a variety of scholarships that can help you fund a world-class education in CS (computer science), IT (information technology) and STEM (science, technology, engineering and mathematics) disciplines.

We scour the web, evaluate and reevaluate the most dynamic scholarships with the biggest payouts to find the best awards for students pursuing a career in IT. Most of the scholarships on this list are tech-focused, but we’ll also feature some undeniable awards that can be applied toward any field. Some contests only accept applicants from a certain demographic or socioeconomic group - in these cases we’ll outline those requirements in the scholarship’s description.

Here are our favorite scholarships for computing and information technology majors:

A Guide to Changing Careers from Military to IT

A technical staffing advisor with 20+ years of experience lays out the path for military veterans to successfully transition to a career in information technology.

If you’re nearing the end of active service and looking for a fast growing, high paying career with a bright future, you may want to consider a job in IT. Given that many of the skills and qualities you developed in the military apply to roles in information technology, a career in IT could be your best move.

Why IT? Let’s start with demand. The U.S. Bureau of Labor Statistics expects employers to add about 668,000 computer and information technology jobs by 2030 to reach a total of 5.7 million jobs. In fact, businesses would like to hire more tech workers but they can’t find qualified candidates — especially developers, engineers and cybersecurity pros. Even so, U.S. IT job growth is still in record territory with no signs of slowing down.

Then, there’s the money. The median salary for Computer and Information Technology Occupations is $86,320 as reported by the U.S. Bureau of Labor Statistics, more than double the $41,950 median wage for all jobs nationwide. What’s more, the military or a prospective employer may even pay for IT training and certifications that will further enhance your skill set and market value.

There’s also a huge range of entry-to-mid level jobs that are appropriate for veterans who are just starting their civilian careers. Ready to get started? Here’s how veterans can navigate the transition into employment in the IT job market.

A Successful Career in IT Requires Meeting Expectations on Both Sides

Experienced tech consultant and enterprise architecture PhD, Eetu Niemi, explores the importance of setting and meeting realistic expectations in the IT job market - both for employers and employees.

As a result, we arrive at a match made in hell. New employees will get fed up when they discover the truth behind clever employer branding. Still, they will need to suffer in a stressful or tedious job long enough not to ruin their resume. Employers will get disappointed when new employees cannot deliver to the standards they led the employer to expect. There is a thing called a probationary period - and it works both ways.

Still, you can be different! Let’s take a look at an alternative approach:

This article will be updated annually with the latest tech jobs and salaries. Current year: 2022.

Pay may not be everything, but it’s very important. How important? According to a workforce study by Indeed, 93% of tech workers cite pay and benefits as the most important factor when considering a new job.

What’s more, in a rapidly changing field like information technology, workers often need to reach into their own pockets to acquire new skills and maintain their marketability. In other words, to make money in tech, you need money to invest in professional development.

To help you maximize your income potential, here is a look at 12 of the highest paying technology jobs, why they are so valuable to employers, and what you need to land a position.

Jobs that will Gain (and Lose) in the Age of Automation

ITCareerFinder examines 10 sought-after roles that will thrive in the age of automation, as well as some popular jobs that will be replaced as automation accelerates. Employers estimate that by 2025, 85 million jobs may be eliminated by automation. But at the same time, a report by World Economic Forum (WEF), notes that 97 million new roles may emerge that are more adapted to the new division of labor between humans, machines and algorithms.

From the workers’ standpoint, an overall addition of 12 million jobs, even after accounting for job losses due to the pandemic, is good news. Additionally, a Deloitte study found that automation technologies eliminated 800,000 low-skilled jobs, but the new jobs created by automation and robotics paid an average of $13,000 more per year than the ones that were lost.

So, what kind of jobs will technology create or expand? After careful research and review, here’s a look at 10 jobs that will benefit directly from increased automation. Many of these roles are technical in nature, but not all. Best of all, these desirable jobs will not be replaced by artificial intelligence. They pay good salaries, provide interesting and challenging work, and will continue to grow for years to come.

Here are ten jobs that will thrive with increasing automation: