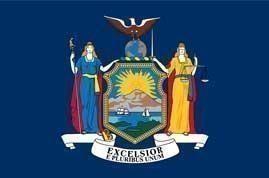 In addition to New York City being the nation's financial, cultural, culinary and fashion capital, the big apple is home to some of New York's top schools for computer science and engineering. For those who don't want to study in the city, there's a host of respected computer schools in New York State and the NY tri-state area too.

The Cornell Bowers College of Computing and Information Science (CIS) at Cornell University is one of the best computer science schools in New York. Cornell's computer science department was established in 1965, placing it among the first of its kind.

New York University is one of the world's most respected research universities; its Courant Institute of Mathematical Sciences - which houses the CS department - offers innovative computer science degrees at the graduate and undergraduate level.

SNHU's online computer science programs feature experiential learning and hands-on projects to provide the skills needed for success in the modern IT workforce.

Here's how much you can earn if you decide to work in-state after going to computer school in New York.

Regional Salaries for IT Pros in NY

Here are the New York cities and metropolitan areas that pay the highest wages to IT professionals.

Life of an IT Pro in NYC

Referred to as "Silicon Alley" because of its high and fast-growing population of dot-coms and new media companies, New York City's thriving tech sector has become a staple of the city's economy. Many New York tech companies make their bread and butter in software development, web services, biotechnology, fintech and other cutting-edge computer niches. While the verdict is split on New York City as a place to raise a family, NYC is perfect for the young IT pro looking to have an adventure and build a career in the city that never sleeps.

Here are some common questions from prospective computer science students in New York.

The best State University of New York (SUNY) school for computer science is Stony Brook University, according to the latest rankings from US News & World Report.

Which CUNY school has the best computer science program?

Which CUNY school has the best computer science program?

The City University of New York (CUNY) school with the best computer science program is the CUNY Graduate Center in Midtown Manhattan, according to US News & World Report.

IT Boot Camps in NY

Learn the skills to pursue the hottest IT roles in just 24 weeks via engaging online content and expert-led virtual classes.