Xamarin, React Native, and Flutter are some of the best frameworks out there for cross-platform mobile application development. These tools save you a lot of time as they let you build apps for multiple mobile operating systems - such as Android and iOS - using just one codebase. Obviously, you need to make some additional adjustments for each platform, but these frameworks let you reuse code to a great extent for cross-platform development, drastically increasing your efficiency and ROI.

But which one of these 3 tools is the right fit for you? This post will provide a concise breakdown of these popular mobile app development frameworks to help you choose.

Here is a quick comparison table of some basic information on Xamarin vs. React Native vs. Flutter:

And a heads-up graph of interest trends for each platform over the last 5 years:

See the dynamic version of this chart with up to the minute data on Google Trends. 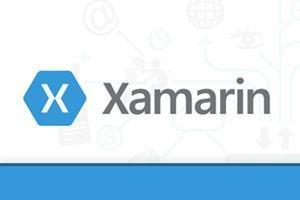 Before digging deep into the pros and cons, let’s begin with a quick introduction to Xamarin along with some interesting facts and resources.

With 60,000+ contributors, Xamarin is a free and open-source mobile app development framework created by Microsoft. Professionals from more than 2,700 companies have taken part to improve this framework. It was released on May 16, 2011. This cross-platform app development tool lets you build apps and games for Windows, Android, iOS, macOS, Blackberry, tvOS, and watchOS.

Official tutorials and courses, Planet Xamarin, its YouTube channel, the Xamarin Blog, forums, and Udemy courses have made learning Xamarin a breeze. These educational resources will give you a ton of useful information about this framework.

The above chart demonstrates that this framework has high interest over the last 5 years, however the popularity of Xamarin seems to be leveling off.

Xamarin is used by big companies such as UPS, Outback Steakhouse, HCL, Aggreko, Olo, FreshDirect, Alaska Airlines, and many more. 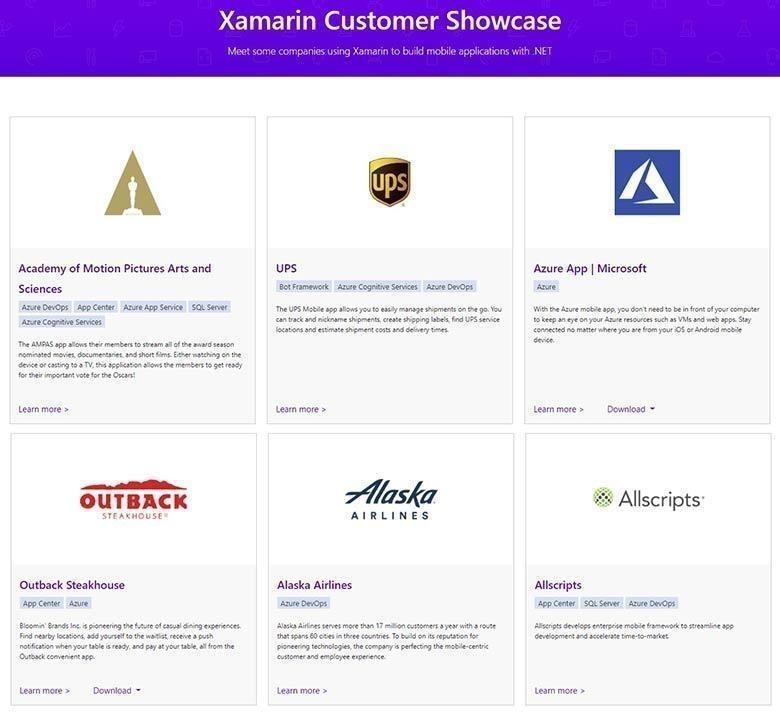 Some of the main benefits of using Xamarin include the following:

Although this powerful framework has many benefits, it also has some drawbacks. Consider the following negative aspects of Xamarin: 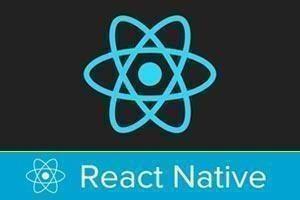 With 2,200+ GitHub contributors, React Native is another free, open-source mobile development framework. Companies like Microsoft, Callstack, Software Mansion, and Infinite Red have helped to improve this framework. React Native was made by Facebook and its bustling community. It was released in March 2015. You can develop Android and iOS mobile apps using this tool.

The following image gives you a rough idea how cross-platform development is performed using React Native: 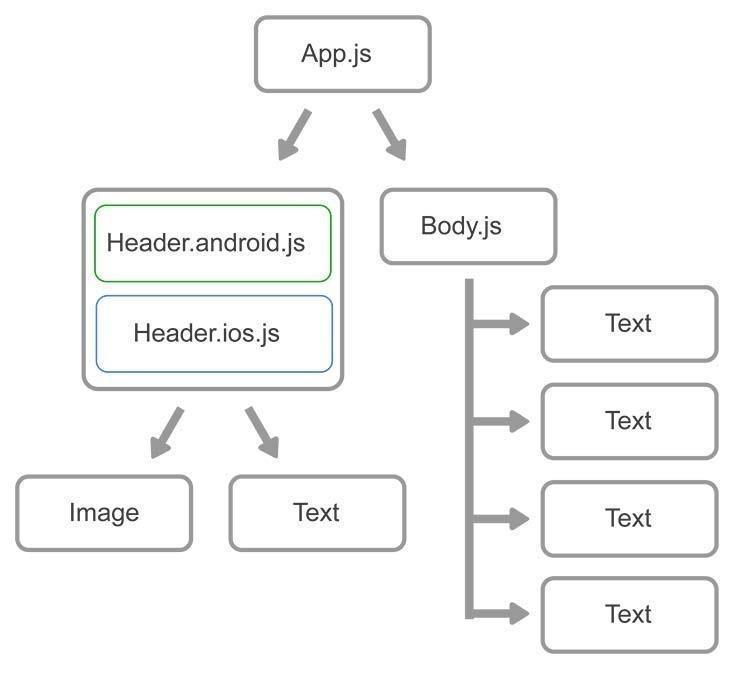 This image shows how React Native code is written: 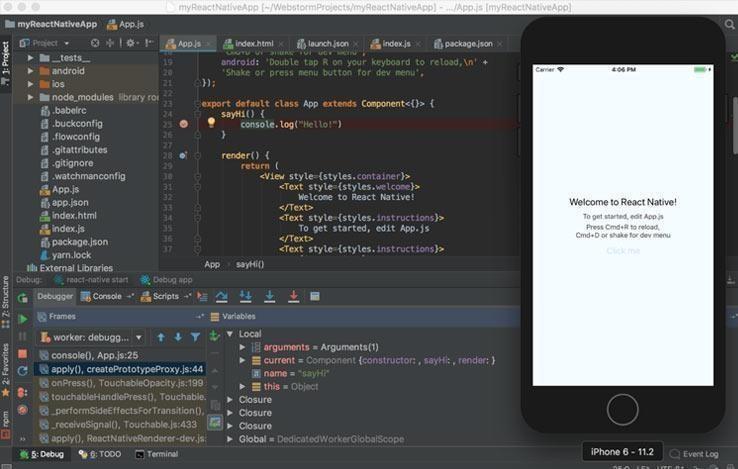 The above chart demonstrates that React Native’s worldwide popularity has increased over the past 5 years. 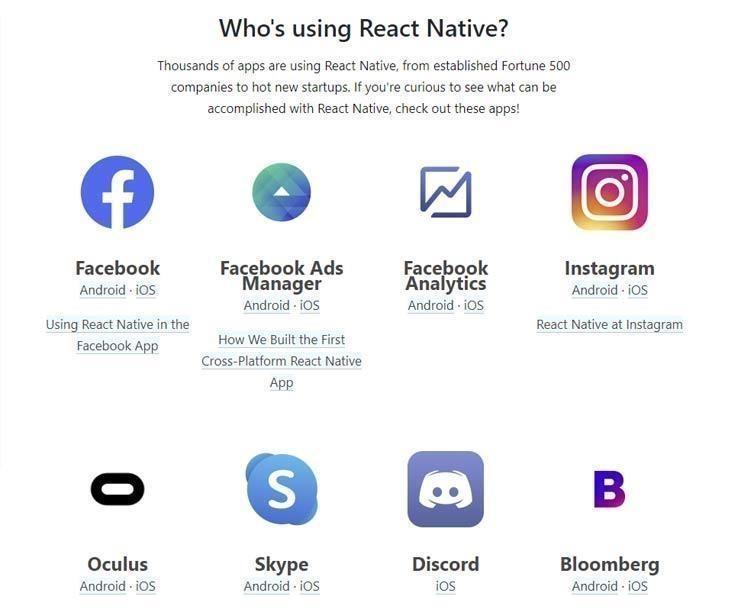 Some of the best React Native app benefits include:

Here are some of the major issues with React Native: 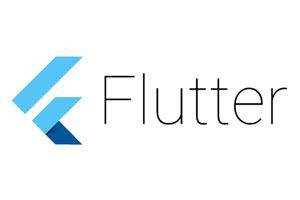 Developed by Google, Flutter is simply one of the most amazing mobile development tools, which lets you create apps for Android and iOS. It was released in May 2017. This is a free and open-source tool with over 650 contributors on GitHub.

The official documentation is pretty useful. You can also learn this framework from other resources such as this free Udemy course and this Flutter & Dart course also on Udemy.

Flutter lets you write code in the Dart programming language. It’s similar to languages like JavaScript. The following screenshot shows what Dart code looks like: 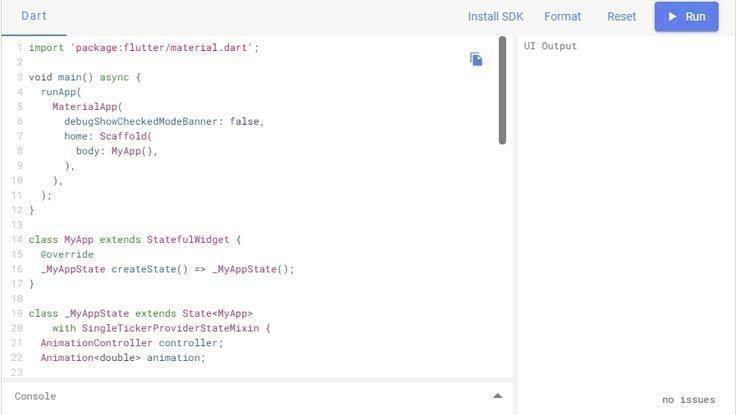 And here's a look at application development using Flutter: 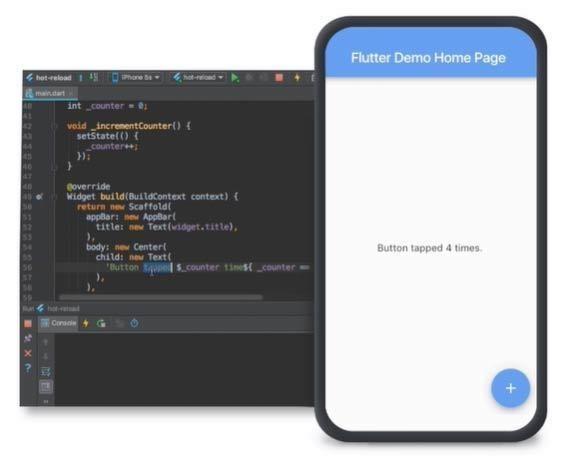 Popularity of the Flutter framework has increased dramatically over the past 5 years.

Some of the major advantages of using Flutter are:

A few noteworthy drawbacks of Flutter include:

Md Akhtar Hossain is an experienced software developer, technology writer, and the founder of WorkFly.tech. He enjoys writing about mobile application development, web design and development, WordPress & related IT topics.