Best Programming Languages to Learn in 2020

A breakdown of the top 8 programming languages you should learn right now based on workforce demand, hiring trends, and earnings.

This page will be updated annually with the most desirable programming languages and current statistics. 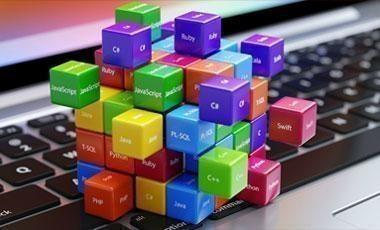 With that said, there’s a number of programming skills and platforms that a young developer should study and master, and choosing the right ones can shape your career. Luckily for you, we've assembled this list of the best programming languages to learn - based on workforce demand (gauged by the number of coding tests DevSkiller's clients ordered for job interviewees), salaries according to Payscale.com, and emerging trends in software production and hiring. We've included data and statistics from the DevSkiller 2020 IT Skills Report on the top eight programming languages you should learn right now.

Here are the best programming languages to learn in 2020:

Programming languages are the drivers that power this modern world of technology, but choosing the best programming languages to learn can be a difficult decision. Hopefully, you now have a better understanding of not only the most popular languages and what they can do, but which programming skills will be the best for your career path. As the world becomes more digitized, the need for skilled web developers, software engineers, and computer programmers will only continue to rise.

Tom Winter is a founding member and the CRO at Devskiller, a developer screening and interview platform powered by RealLifeTesting™. Madly in love with everything tech, Tom specializes in streamlining the hiring process of tech talent and data-driven recruitment.